As you all know, Miami is a very diverse city full of vibrancy and iconic locations. Every place that you visit here has its own beauty, and story to come about.

The Brickell City Centre opened recently in Downtown Miami. It’s been a project that the city has been wanting to do since the early 2000s but wasn’t able to due to the economic downfall that occurred back then. But, the project was presented again in 2012, and the city has been working on the project ever since.

My family and I had the chance to go this week, and it was so much fun! Brickell City Centre is a shopping center in the heart of Downtown Miami that is full of designer shops, upscale eateries, dessert bakeries, nature-oriented sections to sit down and relax, along with the most iconic hotels surrounding the area such as the EAST Hotel.

What I loved about it was that Brickell City Centre isn’t like most shopping centers, you have the feeling that you are both inside and outside at the same time. We were able to see the surrounding downtown buildings from there, and the view is simply spectacular! Everything is located within an elegant architectural design, filled with a beautiful city vibe! A total must-see when visiting the Magic City! 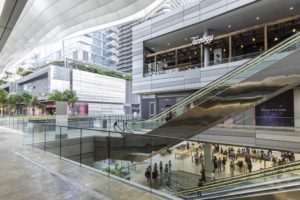 When you are in the area, pass by for a visit. You will not be disappointed!

Updated: January 2020.
General ezfunding-realty.com strives to ensure that its services are accessible to people with disabilities. ezfunding-realty.com has invested a significant amount of resources to help ensure that its website is made easier to use and more accessible for people with disabilities, with the strong belief that every person has the right to live with dignity, equality, comfort and independence.

Disclaimer ezfunding-realty.com continues its efforts to constantly improve the accessibility of its site and services in the belief that it is our collective moral obligation to allow seamless, accessible and unhindered use also for those of us with disabilities.

Despite our efforts to make all pages and content on ezfunding-realty.com fully accessible, some content may not have yet been fully adapted to the strictest accessibility standards. This may be a result of not having found or identified the most appropriate technological solution.

Here For You If you are experiencing difficulty with any content on ezfunding-realty.com or require assistance with any part of our site, please contact us during normal business hours as detailed below and we will be happy to assist.

Contact Us If you wish to report an accessibility issue, have any questions or need assistance, please contact ezfunding-realty.com Customer Support as follows: